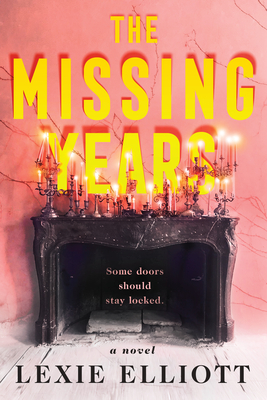 When Ailsa returns to her childhood home, an eerie sense of danger overwhelms her. Her unease only grows when she notices small things out of place and the odd fact that no animals will step foot on the grounds of the house…

Ailsa Calder has inherited half of a house. The other half belongs to a man who disappeared without a trace twenty-seven years ago—her father.

Leaving London behind to settle the inheritance, Ailsa returns to the manor, nestled amongst the craggy peaks of the Scottish Highlands, joined by the half-sister who's practically a stranger to her.

Ailsa can't escape the claustrophobic feeling that the house itself watches her—as if her dramatic past hungers to consume her. When the first nighttime intruder shows up and the locals in the isolated community pry into her plans for the manor, Ailsa grows terrified that escaping the beautiful old home will cost her everything.

Lexie Elliott grew up in Scotland, at the foot of the Highlands. She graduated from Oxford University, where she obtained a doctorate in theoretical physics. A keen sportswoman, she works in fund management in London, where she lives with her husband and two sons. The rest of her time is spent writing, or thinking about writing, and juggling family life and sport.

"The whip-smart Ailsa's descent into terror and confusion as the Manse begins to have its effect on her is played out beautifully...this manages to be both uncannily creepy and grounded in the true horror of human evil."--The Guardian

"Elliott follows up her well-reviewed debut, The French Girl, with an equally atmospheric novel that keeps the reader intrigued and off-balance all the way through."--Booklist

"Begins with a Gothic hint that rapidly segues into a suspenseful thriller with a breathless twist of denouement."--New York Journal of Books

Praise for The French Girl

"The French Girl commands attention. The author provides the perfect dose of character development before unveiling eerie details from her cast's past, ensuring that we're properly unnerved when their lives begin to unravel."--The Associated Press

"A gripping mystery that delves into the past and the darker side of friendships, this book will have you questioning everything you think you know."--Megan Miranda, New York Times bestselling author of The Perfect Stranger

"Scottish debut novelist Elliott, who holds a doctorate in theoretical physics from Oxford, launches a fiction-writing career with a smart, suspenseful thriller."--Booklist

"You shouldn't have any trouble picking up Lexie Elliott's debut novel, The French Girl. It comes with a warning, though, because you will definitely have trouble putting it down."--Richmond Times-Dispatch

"The shifting dynamics within the group will keep the reader guessing until the end. First novelist Elliott has done a phenomenal job of combining a whodunit with a Big Chill vibe."--Library Journal (starred review)