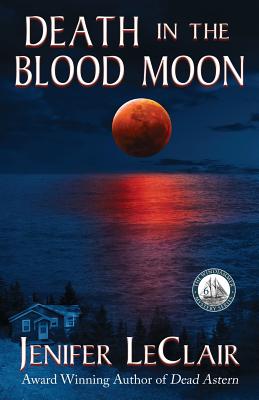 After six months on leave in Maine, Homicide Detective Brie Beaumont returns home to Minnesota to make decisions about her life and career with the Minneapolis Police Department. But her partner's death still haunts her, and she soon realizes that, to be whole again, she must solve the case of Detective Phil Thatcher's murder-a case that went cold eighteen months ago. But threatening letters, a shadowy character, and a shooting on the North Shore where she is vacationing make Brie question her decision. When a tip from a confidential informant reveals surprising and disturbing new information about the case, Brie decides to undergo hypnosis in an attempt to recover the missing pieces from that terrible night in North Minneapolis.

With locales on the north shore of Lake Superior, Minneapolis, and the coast of Maine, Death in the Blood Moon provides a canvas rich in both characters and settings as this page-turning double mystery unfolds.