Where the Wolf Lies (Paperback) 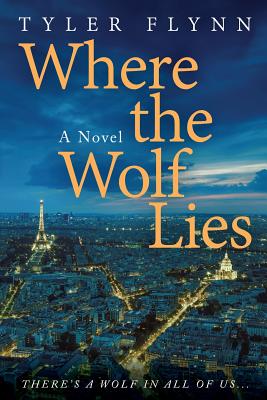 When you have nothing left, what else do you have to lose?

Stuck in a soulless job in New York, sat at a barren desk and too nervous to walk past the boss's office to get a coffee, Paul Hart's career has hit an all-time low. So, when he's offered the chance to fly to Paris to save his job, he's isn't going to ask too many questions.

Tasked with securing the business of wealthy CEO Monsieur Claude Renard, Hart finds himself in the City of Light and falls head over heels for the city, its atmosphere and Clara Nouvelle, Renard's irresistible associate.

But not all is as it seems as Hart uncovers an international web of deceit and corruption so wide that it could bring modern European society to its knees. In a high-adrenaline race against time across Parisian rooftops, through the backstreets of London and to a secluded French island, Hart must risk everything to save those he loves and uncover the deadly truth.