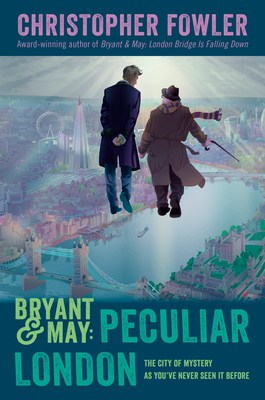 Thinking of a jaunt to England? Let Arthur Bryant and John May, London’s oldest police detectives, show you the oddities behind the city’s façades in this tongue-in-cheek travel guide.

“The best fun is running all over the city with these amiable partners.”—The New York Times Book Review, on Bryant & May: The Lonely Hour

It’s getting late. I want to share my knowledge of London with you, if I can remember any of it.

So says Arthur Bryant. He and John May are the nation’s oldest serving detectives. Who better to reveal its secrets? Why does this rainy, cold, gray city capture so many imaginations? Could its very unreliability hold the key to its longevity?

The detectives are joined by their boss, Raymond Land, and some of their most disreputable friends, each an argumentative and unreliable expert in their own dodgy field.

Praise for Bryant & May: Peculiar London

“This is a fun last look at beloved characters for their devotees.”—Publishers Weekly

“Fowler, like his crime solvers, is deadpan, sly, and always unexpectedly inventive.”—Entertainment Weekly