Something to Hide: A Lynley Novel (CD-Audio) 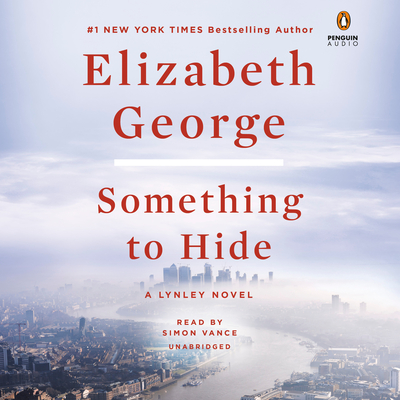 By Elizabeth George, Simon Vance (Read by)
$55.00
Email or call for special order

When a police detective is taken off life support after falling into a coma, only an autopsy reveals the murderous act that precipitated her death. She'd been working on a special task force within North London's Nigerian community, and Acting Detective Superintendent Thomas Lynley is assigned to the case, which has far-reaching cultural associations that have nothing to do with life as he knows it. In his pursuit of a killer determined to remain hidden, he's assisted by Detective Sergeants Barbara Havers and Winston Nkata. They must sort through the lies and the secret lives of people whose superficial cooperation masks the damage they do to one another.

Elizabeth George is the New York Times bestselling author of twenty psychological suspense novels, four young adult novels, one book of nonfiction, and two short-story collections. Her work has been honored with the Anthony and Agatha awards, two Edgar nominations, and both France's and Germany's first prize for crime fiction, as well as several other prestigious prizes. She lives in Washington State.

Simon Vance is a stage, TV, and film actor who has narrated more than 200 audiobooks for which he has won multiple AudioFile Earphone Awards and Audie nominations. He has also been selected as an AudioFile Golden Voice. Formerly a BBC Radio newsreader in London, he now resides in Northern California.

“Superlative . . . This is a memorable addition to [the Inspector Lynley] series.”
—Publishers Weekly (starred, boxed review)

“Abso-bloody-lutely” good! That would be DS Barbara Havers’ verdict on this one. . . . An unsettling and thoroughly involving narrative.”
—Booklist

“A skillfully spun yarn of murder and mayhem.”
—Kirkus Reviews