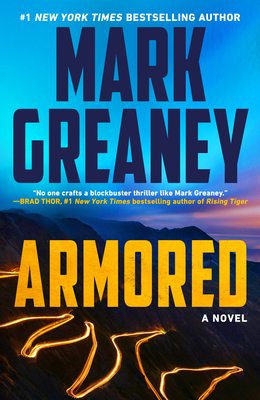 Joshua Duffy is a Close Protection Agent—a professional bodyguard—and he's one of the world's elite operatives. That is, he was until his last mission in Lebanon. Against all odds, Josh got his primary out alive, but the cost was high. Josh lost his lower left leg.

There's not much call for an elite bodyguard with such an injury. So, Josh has to support his family working as a mall cop in New Jersey. For a man like Josh, this is purgatory on earth, but miracles can occur even in Paramus.

A lucky run-in with an old comrade promises to get Josh back in the field for one last job. The UN is sending a peace mission into the Sierra Madre mountains in Mexico, an area so dangerous it's known as Espinazo del Diablo—the Devil's Spine. Only a fool would think they could broker peace between the homicidal drug cartels in the region, and only a madman would sign on to keep those fools alive.

Mark Greaney has a degree in international relations and political science. In his research for the Gray Man novels, including Sierra Six, Relentless, One Minute Out, Mission Critical, Agent in Place, Gunmetal Gray, Back Blast, Dead Eye, Ballistic, On Target, and The Gray Man, he traveled to more than thirty-five countries and trained alongside military and law enforcement in the use of firearms, battlefield medicine, and close-range combative tactics. With Marine LtCol Rip Rawlings, he wrote the New York Times bestseller Red Metal. He is also the author of the New York Times bestsellers Tom Clancy Support and Defend, Tom Clancy Full Force and Effect, Tom Clancy Commander in Chief, and Tom Clancy True Faith and Allegiance. With Tom Clancy, he coauthored Locked On, Threat Vector, and Command Authority.

"Great fun for the reader....there’s never a dull page."—Kirkus Reviews

"[An] enjoyable thriller from bestseller Mark Greaney....Explosive action sequences follow as Duffy and company seek to retreat to flat land and safety, and Duffy proves to be more than just a hardened military tactician. Readers will hope he’ll be back for an encore."—Publishers Weekly

"All hell breaks loose and continues at a murderous pace...Mark Greaney is a master at this type of action thriller."—Deadly Pleasures Mystery Magazine