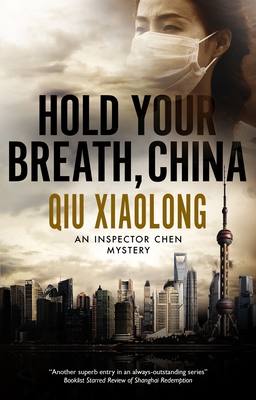 "Fascinating... Xiaolong writes with both urgency and grace about modern China is another well-crafted mystery" - Booklist Starred Review Inspector Chen is on the case of a serial murderer when he is called away to report on environmentalists trying to tackle the pollution issues in China. Chief Inspector Chen and Detective Yu Guangming are brought into a serial murder case when the Homicide squad proves incapable of solving it. But before Chen can make a start, he is called away by a high-ranking Party member for a special assignment: to infiltrate a group of environmental activists meeting to discuss the pollution levels in the country and how to prompt the government into action. Chen knows it will be a far from simple task, especially when he discovers the leader of the group is a woman from his past. Meanwhile, Yu is left to investigate a serial murder case on his own. Both Chen and Yu face pressure from those above to resolve the cases in a satisfactory way . . . even if that means innocents face the punishment.