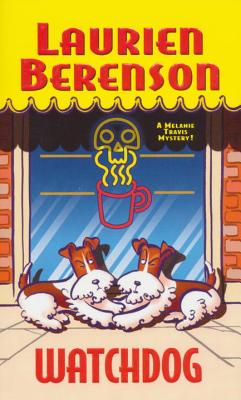 By Laurien Berenson
Email or call for special order

It's autumn in Connecticut. Melanie Travis has just started a new job, and with the added excitement of showing her Standard Poodle, Faith, in the fall shows, the last thing she wants is to become embroiled in yet another of her brother Frank's moneymaking schemes. His current brainstorm--remaking an old store in stylish suburban Fairfield County into a trendy coffee bar--already has the neighbors snarling. Worse, wealthy Marcus Rattigan, who's bankrolling the project, is found murdered on the premises, and the police think Frank did it.

"Fresh, lively writing, a tough mystery, light humor, and insight into the peculiarities of human and canine behavior."--Booklist

Always the family watchdog, and faced with Frank's imminent arrest, Melanie has no choice but to take on the investigation. Drawing on her connections in the dog world, Melanie is soon successfully unmuzzling the dead man's nearest and dearest, including a bitter ex-wife, a spurned mistress, and an ambitious second in command. But Melanie is about to learn that being a watchdog can sometimes be dangerous--especially when every clue she uncovers leads her one step closer to a murderer who is desperate enough to kill again. . .

Laurien Berenson is author of the delightful Melanie Travis canine cozy mystery series, including Jingle Bell Bark and Best in Show. She has a degree in psychology from Vassar College and has been married for almost twenty-five years. She lives in Georgia with her husband, her son, six dogs, and two Welsh ponies.