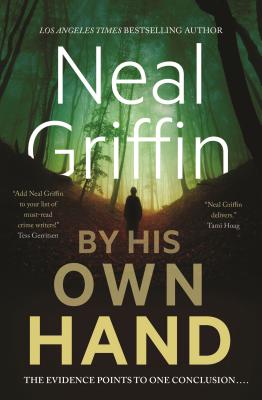 By Neal Griffin
Email or call for special order

“Add Neal Griffin to your list of must-read crime writers!”— Tess Gerritsen, author of the Rizzoli and Isles series

“Engrossing. Griffin paints a vivid picture of the difficulties of police work, in particular the harassment Tia endures from her male colleagues on account of her gender.”—Publishers Weekly

The body of a young man has been found in the woods outside Newberg, dead from a close-range shotgun blast. The gun—his own—lies beside the body.

Certain things don’t add up for Detective Tia Suarez. Where did the fat envelope of cash in his pocket come from? Who called the police to report the body, then disappeared before the cops arrived?

The trail leads Tia to an institution for juvenile incarceration and to the leader of a local mega-church, a political and economic powerhouse in the region. Newberg’s mayor and the medical examiner keep trying to close the case.

But what if it isn’t suicide? What if this young man’s death is covering up something that will shake the town to its foundations?

Los Angeles Times bestselling author Neal Griffin burst onto the scene with Benefit of the Doubt, which introduced Tia Suarez, the only female—and Latina—cop on the police force in tiny Newberg, Wisconsin. Griffin’s compelling suspense novels show that big-city crime regularly plagues small-town America—that Breaking Bad is the rule, not the exception.

Neal Griffin (he/him) is the Los Angeles Times bestselling author of Benefit of the Doubt. The son of a philosophy professor, Griffin grew up in Eau Claire, WI, a town much like Newberg, the setting of his first novels. After a stint in the Marines, Griffin went into law enforcement, and is currently Criminal Investigations Division Commander in a small city in California. He is a graduate of the FBI's invitation-only National Academy training program and is a certified Master Instructor in law enforcement leadership and ethics. Griffin is married to Olga Diaz and has four children.

“The police work is definitive, the emotions run high, and [the] hero is one you will root for. Griffin is a solid storyteller.”—T. Jefferson Parker, three-time Edgar Award-winning author on Benefit of the Doubt

“Cleverly-plotted page-turner! This compelling tale of revenge and family secrets will keep you guessing from the first chilling line to the unpredictable--and completely surprising--last page.”—Hank Phillippi Ryan on Benefit of the Doubt

“This fine debut novel is the sure-handed work of an exciting new author.”—Don Winslow, New York Times bestselling author, on Benefit of the Doubt

“Destined to take its place alongside the work of Robert Parker, C.J. Box, and Harlan Coben when it comes to unrelenting suspense."—Jon Land on Benefit of the Doubt

“A complicated killer seeking revenge is hunted by a complicated lawman in this unique and suspenseful debut novel by a cop-turned-author who knows the turf.”—Joseph Wambaugh, New York Times bestselling author, on Benefit of the Doubt

"Penned by a veteran police officer, this debut boasts the creepy, dangerous feel of the film Cape Fear and offers a compelling portrait of ethical burdens that often come with wearing a badge.”—Booklist on Benefit of the Doubt

"A convincing hybrid of thriller, procedural, and midwestern noir.”—Booklist on A Voice From the Field