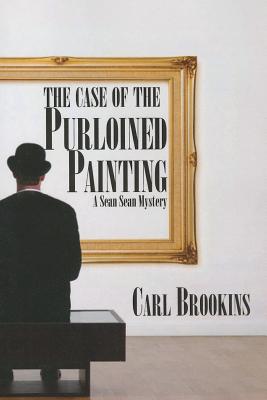 By Carl Brookins
$14.95
Email or call for special order

When an American Army unit arrived at the end of the war, some soldiers appropriated items in what appeared to be abandoned circumstances. A small painting by a mid-level Polish painter is used by an ex-GI to float a bank loan which results in the founding of a manufacturing firm in Minneapolis. Now the painting and the ledger become the center of murderous attempts by the descendants of the veteran to conceal the painting’s journey. World-wide efforts at repatriation of stolen art from WWII is a major ongoing effort and the story links to that effort as international operatives descend on the Twin Cities. Enter private detective Sean Sean. He is a short but effective operative who, unlike many PIs of the modern era, doesn’t sleep around, doesn’t shoot people unnecessarily, and has many friends among various local law enforcement agencies

Before he became a mystery writer and reviewer, Brookins was a freelance photographer, a Public Television program director, a Cable TV administrator, and a counselor and faculty member at Metropolitan State University in Saint Paul, Minnesota. He is a member of Mystery Writers of America, Sisters in Crime, and Private Eye Writers of America. He can frequently be found touring bookstores and libraries with his companions-in-crime, The Minnesota Crime Wave. He is married with two grown daughters and lives with his wife, Jean, a retired publisher and editor in Roseville, Minnesota.