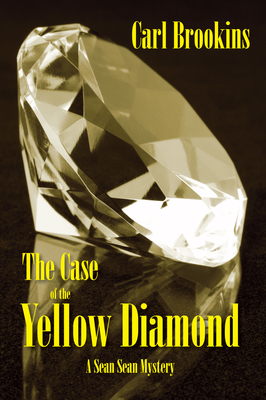 A dead man on the floor of his office in Minneapolis won’t lead P.I. Sean Sean to journey to Yap Island to protect his new client. Bombs in lawyers’ cars only jostle him. This short investigator knows the value of research and asking questions in the right places. World War II, Asian diamonds and concrete in Des Moines combine to almost destroy a Minnesota family. In the end, Sean detects flaws in the plans and brings down a criminal enterprise.

Before he became a mystery writer and reviewer, Brookins was a freelance photographer, a public television program director, a cable TV administrator, and a counselor and faculty member at Metropolitan State University in Saint Paul, Minnesota. He is a member of Mystery Writers of America, Sisters in Crime, and Private Eye Writers of America. He can frequently be found touring bookstores and libraries with his companions-in-crime, The Minnesota Crime Wave. He is married with two grown daughters and lives with his wife, Jean, a retired publisher and editor in Roseville, Minnesota.