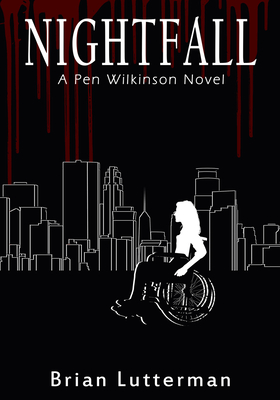 By Brian Lutterman
Email or call for price.
Special Order

Paraplegic attorney Pen Wilkinson, fighting through horrific flashbacks from a previous case, returns to Minnesota to investigate the murder of a candidate for governor. Is the murder a crime of passion, a political assassination, or part of a larger scheme? Fighting opposition from both police and the minority community, Pen presses ahead, unraveling the explosive secret of the thirty-year-old police shooting of a civil rights leader. As tensions mount, Pen's search unearths a horrifying plot to engulf the state in racial violence for political gain. Stymied by police caution and political gridlock, Pen races to expose the plan before the conspirators can silence their latest target: Pen Wilkinson.

Brian Lutterman is the author of Downfall (ISBN 978-0-9800017-8-5), which launched the Pen Wilkinson series and is described   by Mystery Gazette as“. . .an exhilarating action-packed financial thriller . . .” His other books include Windfall (ISBN 978-0-9908461-3-0) and Freefall (ISBN 978-0-9908461-8-5), the highly-praised sequels to Downfall, and Bound  to  Die (ISBN 1-930486-33-2), a  Minnesota Book Award runner-up. Lutterman, a former trial and corporate attorney, writes cutting-edge corporate thrillers, bringing to life the genre’s outsized conflicts and characters with breathtaking action and suspense. He lives with his family in Vadnais Heights, MN.