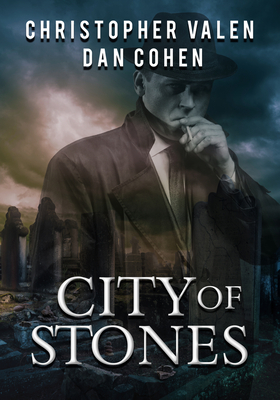 American troops are fighting the Communists in Korea. McCarthyism is on the rise. The Kefauver Commission is investigating organized crime. In the midst of this turbulent time, the murder of a MPD police officer and the two young Jewish men accused of killing him sets off an explosive investigation that ultimately encompasses mobsters, police corruption, political blackmail, and the ethnic biases that existed in 1950 Minneapolis. Known as the most anti-Semitic city in the country, the Minneapolis depicted in City of Stones is a deceitful place, a fact that each character seems intent on using to his or her advantage.

Veteran Homicide Detective Jake Cafferty is battling the bottle and a guilty conscience. Given one last chance at redemption, Jake has a choice to make––one that could cost him everything.

Nick Cole is a war hero looking for a fast-track promotion into Homicide. Determined to impress the woman he loves, he’ll let nothing stand in his way, especially a past that haunts his nights and threatens his career

Kate Dawson is on a mission to make a name for herself as the first woman attorney hired by the DA’s office. But in trying to take down a crooked cop she’s risking her career––and ultimately her life.

Christopher Valen is the award-winning author of seven police procedurals featuring Colombian-born, St. Paul Homicide Detective John Santana, White Tombs, The Black Minute, Bad Weeds Never Die, Bone Shadows, Death’s Way, The Darkness Hunter, and Speak For The Dead. He is also the author of the literary novel All The Fields. Christopher resides in Minnesota and Arizona with his Colombian-born wife, Martha. Dan Cohen has served as President of the Minneapolis City Council and the Minneapolis Planning Commission. He is the author of Undefeated, a biography of Hubert Humphrey, a dozen children’s mini mysteries, a history of Breck School, and Anonymous Source, a personal memoir of his successful United States Supreme Court lawsuit. He is a graduate of Stanford University and Harvard Law School. He lives in Minneapolis with his wife, Gail, also a Stanford graduate.