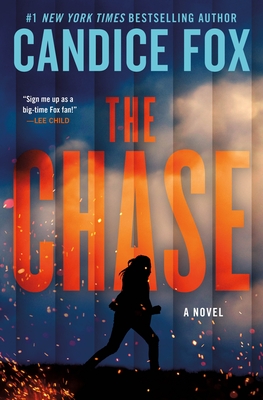 The Chase is a modern The Fugitive with characters only #1 New York Times and Globe and Mail bestselling author Candice Fox can write.

“Are you listening, Warden?”
“What do you want?”
“I want you to let them out.”
“Which inmates are we talking about?”
“All of them.”

With that, the largest manhunt in United States history is on. In response to a hostage situation, more than 600 inmates from the Pronghorn Correctional Facility, including everyone on Death Row, are released into the Nevada Desert. Criminals considered the worst of the worst, monsters with dark, violent pasts, are getting farther away by the second.

John Kradle, convicted of murdering his wife and son, is one of the escapees. Now, desperate to discover what really happened that night, Kradle must avoid capture and work quickly to prove his innocence as law enforcement closes in on the fugitives.

Death Row Supervisor, and now fugitive-hunter, Celine Osbourne has focused all of her energy on catching Kradle and bringing him back to Death Row. She has very personal reasons for hating him – and she knows exactly where he’s heading...

Award-winning author CANDICE FOX is the author of Crimson Lake. She is also co-writer with James Patterson of the #1 New York Times bestseller Never, Never; Black & Blue; and Liar, Liar. She lives in Sydney.

"This engrossing new variation on The Fugitive sets a female U.S. marshal every bit as relentless as Sam Gerard against a runaway prisoner as compelling as Richard Kimble...This one is her best yet." —Booklist, starred review

“If you haven't read Candice Fox yet, you're missing out! I can't wait to read what this talented writer does next!” —Chevy Stevens