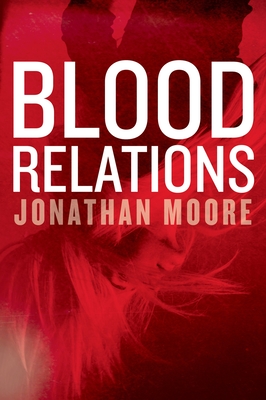 A new thriller from a writer who’s been compared to Michael Crichton, Alfred Hitchcock, Raymond Chandler, Blake Crouch, and David Cronenberg takes us to the most menacing core of California’s upper crust, a class of billionaires with more money than they could spend in an eternity.

Who is Claire Gravesend?

So wonders PI Lee Crowe when he finds her dead, in a fine cocktail dress, on top of a Rolls Royce, in the most dangerous neighborhood in San Francisco. Claire’s mother, Olivia, is one of the richest people in California. She doesn’t believe the coroner: her daughter did not kill herself. Olivia hires Crowe, who—having just foiled a federal case against a cartel kingpin—is eager for distraction. But the questions about the Gravesend family pile up fast.

First, the autopsy reveals round scars running down Claire’s spine, old marks Olivia won’t explain. Then, Crowe visits Claire’s Boston townhouse and has to fend off an armed intruder. Is it the Feds out for revenge? Or is this connected to the Gravesends? He leaves Boston afraid, but finds his way to Claire’s secret San Francisco pied-à-terre. It’s there that his questions come to a head. Sleeping in an upstairs bedroom, he finds Claire—her face, her hair, her scars—and as far as he can tell, she’s alive. And Crowe’s back at the start:

Who is Claire Gravesend?

JONATHAN MOORE lives in Hawaii with his wife and son, and is the author of five books. Before completing law school in New Orleans, he was an English teacher, a bar owner, a raft guide, a counselor at a Texas wilderness camp for juvenile delinquents, and an investigator for a criminal defense attorney in Washington, D.C.

"Blood Relations is a psychological thriller-cum-horror tale trembling on the brink of reality."
—New York Journal of Books

"Classic noir reminiscent of Chandler and Hammett. Grabs you by the throat from the first page and never lets go. Taut, smart and electrifying.  Get ready for a long night."
—Liv Constantine, New York Times-bestselling author of The Last Mrs. Parrish

“What starts as a dark and pacey detective story morphs into something far more sinister and riveting. Ross MacDonald meets Michael Crichton. A very impressive thriller.”
—Peter Swanson, author of The Kind Worth Killing and All the Beautiful Lies

“It won’t take you ten pages before you’re hurtling along with private investigator Lee Crowe in this high-speed chase into the lives of the California ultra-rich. Sinister twists, gutsy escapes, and uneasy ethics abound—a must-read for fans of Philip Marlowe.”
—Maria Hummel, author of Still Lives

“Blood Relations is dark, compelling, and frighteningly plausible. Every twist grabs you hard and pulls you deeper into the mystery. I absolutely could not put this novel down.”
—Meg Gardiner, author of Ransom River and Into the Black Nowhere

"...suspenseful and skillfully plotted. Noir fans who don't know Moore have some catching up to do."
—Booklist, STARRED review

"Enough action and atmosphere to satisfy readers who like their gumshoes old-school while having a lot to say about humankind’s hubris and preoccupation with eternal youth...gritty neo-noir with an all-too-plausible speculative twist."
—Kirkus Reviews

“Smart plotting. Nary a false note. Suspense that never stops. If you like Michael Connelly’s novels, you will gobble up Jonathan Moore’s The Dark Room.”
—James Patterson, on THE DARK ROOM

“An electrifying read, building from shock to shock. I read the last one hundred pages in a single sitting. The final chapter is an absolute stunner. I haven’t read anything so terrifying since Red Dragon.”
—Stephen King, on THE POISON ARTIST

“A magnificent, thoroughly unnerving psychological thriller written in a lush, intoxicating style. I dare you to look away.”
—Justin Cronin, on THE POISON ARTIST