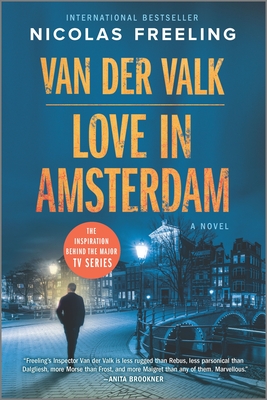 *INTERNATIONAL BESTSELLER* *NOW A LIMITED SERIES ON MASTERPIECE PBS* Meet Van Der Valk, Amsterdam's best detective, in Nicolas Freeling's classic novel A woman, Elsa, is brutally murdered in her Amsterdam apartment. Her ex-lover, Martin, is seen outside the building around the time of the crime. The witness who saw him? A policeman. It looks like a straightforward case--but police inspector Van der Valk is not convinced. Despite all the evidence--and the fact that Martin originally denied he was at the apartment--he believes Martin is not guilty of murder. Instead of charging him, Van der Valk takes him on a tour: a tour of the investigation, a tour of Martin's own past and a tour into the darkly obsessive world of Elsa...