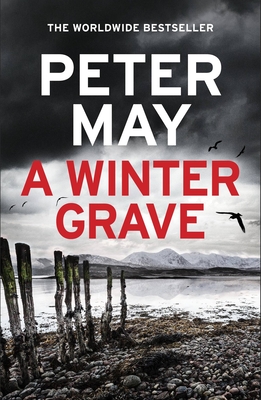 It is the year 2051. Warnings of climate catastrophe have been ignored, and vast areas of the planet are under water, or uninhabitably hot. A quarter of the world's population has been displaced by hunger and flooding, and immigration wars are breaking out around the globe as refugees pour into neighboring countries.

By contrast, melting ice sheets have brought the Gulf Stream to a halt and northern latitudes, including Scotland, are being hit by snow and ice storms. It is against this backdrop that Addie, a young meteorologist checking a mountain top weather station, discovers the body of a man entombed in ice.

The dead man is investigative reporter, George Younger, missing for three months after vanishing during what he claimed was a hill-walking holiday. But Younger was no hill walker, and his discovery on a mountain-top near the Highland village of Kinlochleven, is inexplicable.

Cameron Brodie, a veteran Glasgow detective, volunteers to be flown north to investigate Younger's death, but he has more than a murder enquiry on his agenda. He has just been given a devastating medical prognosis by his doctor and knows the time has come to face his estranged daughter who has made her home in the remote Highland village.

Arriving during an ice storm, Brodie and pathologist Dr. Sita Roy, find themselves the sole guests at the inappropriately named International Hotel, where Younger's body has been kept refrigerated in a cake cabinet. But evidence uncovered during his autopsy places the lives of both Brodie and Roy in extreme jeopardy.

As another storm closes off communications and the possibility of escape, Brodie must face up not only to the ghosts of his past, but to a killer determined to bury forever the chilling secret that George Younger's investigations had threatened to expose.

A Winter Grave is Peter May at his page-turning, passionate and provocative best.

Peter May was born and raised in Scotland. He was an award-winning journalist at the age of twenty-one and a published novelist at twenty-six. When his first book was adapted as a major drama series for the BBC, he quit journalism and during the high-octane fifteen years that followed, became one of Scotland's most successful television dramatists. He created three prime-time drama series, presided over two of the highest-rated serials in his homeland as script editor and producer, and worked on more than 1,000 episodes of ratings-topping drama before deciding to leave television to return to his first love, writing novels.

In 2021, he was awarded the CWA Dagger in the Library Award. He has also won several literature awards in France, received the USA's Barry Award for The Blackhouse, the first in his internationally bestselling Lewis Trilogy; and in 2014 was awarded the ITV Specsavers Crime Thriller Book Club Best Read of the Year award for Entry Island. Peter now lives in South-West France with his wife, writer Janice Hally.