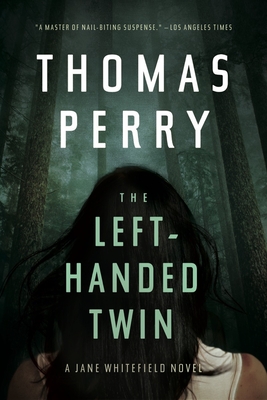 "Another stunner from a modern master."—Booklist (Starred Review)

Jane Whitefield helps people disappear. Fearing for their lives, fleeing dangerous situations, her clients come to her when they need to vanish completely—to assume a new identity and establish a new life somewhere they won’t be found. And when people are desperate enough to need her services, they come to the old house in rural western New York where Jane was raised to begin their escape.


It’s there that, one spring night, Jane finds a young woman fresh from LA with a whole lot of trouble behind her. After she cheated on her boyfriend, he dragged her to the home of the offending man and made her watch as he killed him. She testified against the boyfriend, but a bribed jury acquitted him, and now he’s free and trying to find and kill her.

Jane agrees to help, and it soon becomes clear that outsmarting the murderous boyfriend is not beyond Jane’s skills. But the boyfriend has some new friends: members of a Russian organized crime brotherhood. When they learn that Sara is traveling with a tall, dark-haired woman who disappears people, the Russians become increasingly interested in helping the boyfriend find the duo. They’ve heard rumors that such a woman existed—and believe that, if forcibly extracted, the knowledge she has of past clients could be worth millions.

Thus begins a bloodthirsty chase that winds through the cities of the northeast before finally plunging into Maine’s Hundred Mile Wilderness. But in a pursuit where nothing can be trusted, one thing is certain: only one party—Jane or her pursuers—will emerge alive.

Thomas Perry is the bestselling author of over twenty novels, including the critically acclaimed Jane Whitefield series, The Old Man, and The Butcher’s Boy, which won the Edgar Award. He lives in Southern California.

There are probably only half a dozen suspense writers alive who can be depended upon to deliver high-voltage shocks; vivid, sympathetic characters; and compelling narratives each time they publish. Thomas Perry is one of them.
— Stephen King

Perry seasons the fast-moving chase narrative with engrossing details about becoming a new person, from constructing a false identity to relearning how to move through daily life in an unrecognizable way. This time, though, there is a stunning extra: with the mobsters closing in, Jane hopes to lose her pursuers by hiking Maine's Hundred- Mile Wilderness, the most arduous stretch of the Appalachian Trail. Cue the ever-versatile Perry to display his outdoor-adventure-writing chops. Not only is the 100-mile chase itself excruciatingly exciting, it's also chockablock with "I-didn't-know-that!" facts about trail survival.

Another stunner from a modern master.

Perry is one of the best in the business today, and his latest is a brooding, peripatetic stunner.
— CrimeReads, The Most Anticipated Books of 2021

At a time when franchise characters are publishing gold, [Jane Whitefield] is the sort of protagonist most crime novelists would kill for.
— The Wall Street Journal

Mr. Perry’s characters come to life with a single sentence. . . . He’s one of the greatest living writers of suspense fiction.
— New York Sun

The tension is thick, the story unfolds at a rapid pace, the characters are well developed, and, as usual in a Thomas Perry novel, the tale is tightly written.
— Associated Press

Some of the most thrilling fiction you will read this year. Jane Whitefield is such a unique and richly drawn protagonist that you cannot help but root for her, and THE LEFT-HANDED TWIN may very well be the best entry in the series to date.
— Bookreporter

Thomas Perry always peppers his thrillers with a lot of unknown facts that enhance the narrative. He is such a pro at giving us readers what we want and have come to expect from him: an intelligent, thrilling ride.
— Deadly Pleasures Mystery Magazine