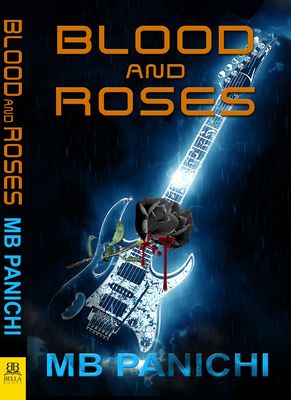 Arienne my love, if I can't have you nobody can. -Celestian

It's Earth Year 2453 and hot lead guitarist Ari Walker and her slam-thrash band Shattered Crystal Enigma (SCE) have just embarked on their first interstellar tour. But they are not alone. Somewhere among the thousands of devoted fans is a demented stalker named Celestian who is determined to win Ari's devotion--or be her destruction.

Too intense and focused on her music for a real relationship, Ari's always been the love-'em-and-leave-'em type. Until she meets a woman whose power and passion matches Ari's playing--and her heart--beat by beat. Badass drummer Rhynn Knight, SCE's newest member, is ecstatic to be in the band of her dreams alongside the woman of her dreams.

As the tour continues and Ari's new relationship takes center stage, the danger around them grows. Even the superior skills of SCE's bodyguards can't stop the stalker's psychotic wrath. Is Celestian lurking in the darkness of the concert hall or hiding in plain sight?

Bella's MB Panichi is a hard-rock girl at heart. A GCLS Goldie winner and talented drummer, MB is an obsessive science-fiction fan who likes placing human stories in worlds that don't exist--but she would really love it if they did.