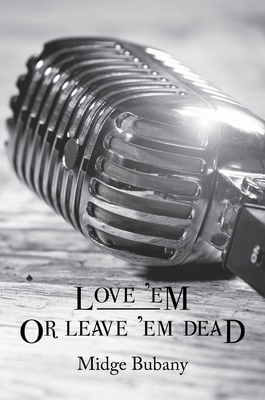 By Midge Bubany
Email or call for price.
Special Order

On a frigid night in December, Sonya Donovan is murdered—but her untimely death is staged to look like natural causes. Detective Cal Sheehan learns through the investigation the sixty-four-year-old celebrity has created enemies not only in her personal life, but by hosting a popular and controversial radio show called Love ’Em or Leave ’Em. Cal has to work around Sheriff Patrice Clinton, who’s personally involved with the family, to investigate those who have the most to gain from Mrs. Donovan’s death. The murder case soon becomes embroiled with a homicide in Hennepin County, and as Cal proceeds to untangle the bizarre set of circumstances, he uncovers a murder plot so roiled in deception and greed that lives and families are shattered forever.