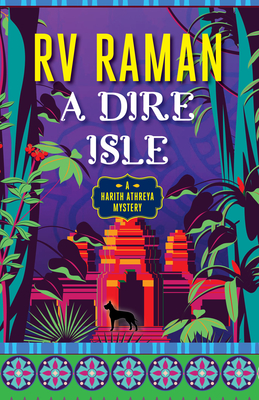 ONE OF CRIMEREADS' TEN NOVELS YOU SHOULD READ IN DECEMBER

ONE OF OPEN, THE MAGAZINE'S BEST OF 2021 BOOKS: CRIME FICTION

Harith Athreya is back, this time to face a centuries old-curse in the second novel in the internationally acclaimed series

An archeological team is excavating on the banks of the Betwa River near Jahnsi. A place where, legend has it, a couple forbidden to marry had run away to be together--forever cursing anyone who dares set foot on the island. When the head of the expedition defies the myth, the fallout is swift and deadly, the body found exactly as the ancient stories describe. Is the death a result of the ancient curse, or is it a down-to-earth case of murder?

Detective Harith Athreya, an investigator with a vivid imagination, begins to uncover a mystery where the lines between past and present are blurred, reaping a harvest of evidence and motives--theft, plagiarism and a host of other crimes, showing that few of the archaeologists are what or who they appear to be. Will he be able to unravel the truth from legend before the curse strikes again?

The second novel in the internationally acclaimed Harith Athreya series is perfect for fans of riveting classic mysteries by Agatha Christie and films such as Knives Out.

RV Raman is the author of the Inspector Ranade and Inspector Dhruvi thrillers, published in India, which are loosely based on his corporate career spanning three decades and four continents. His latest book, published by Agora Books in October 2020, A WILL TO KILL, is the first in the Harith Athreya series, and is an Agatha Christie-esque whodunit, set in India. In addition to writing, he teaches business strategy at the Indian Institute of Management. Find him at www.rvraman.com and on Twitter @RVRaman_